GoDucks.com – EUGENE, Ore. – In the latest cutting-edge facility to open at the University of Oregon, science and sport converge to put student-athlete wellness first.

In uniquely Oregon style, the recently opened Marcus Mariota Sports Performance Center combines sports performance, sports science, sports medicine and technology in one efficiently designed space on the ground floor of the Casanova Center. Another part of the project, the overhaul of the equipment room, is a testament to style and function.

Entering from the west, student-athletes walk into a trophy lobby that is a stunning tribute to the Sports Performance Center’s namesake. Trophies for the Walter Camp Player of the Year, Johnny Unitas Golden Arm Award, Davey O’Brien Award, Maxwell Award and Manning Award reside in the lobby. One wall has a remarkable transparent LED flat screen television that alternately shows highlights of Marcus Mariota, and then reveals a shadowbox with memorabilia of his from Hawaii. There is also a playful illustration of a Pacific Ocean scene, complete with the Duck on a surfboard.

This inspiring entrance leads to the junction under a new skylight at the heart of the MMSPC, where innovations and applied science truly become the focus for Oregon’s student-athletes. Remarkable technology and efficiency of space in the 30,000 square-foot renovation are two of the most impressive byproducts of the MMSPC construction.

Damn Oregon just continues to impress the country with their grasp on innovation, Science, medicine, and technology. Oregon has impacted and pioneered the college game, and everything that comes along with it the last two decades. This program truly understands the importance of attracting top recruits, coaches, and fans to support it’s flashy program. I guess that is why when Notre Dame “is up against it — and the breaks are beating the boys”. TED says “fuck this, screw this team I am done with ND, I am a Ducks fan.” Only too retract his statement 5 minutes later.

Additionally check out some of the Duck’s facilities and previously worn jerseys below. These fellas get it, now just get Chip back. O and thanks Phil Knight. 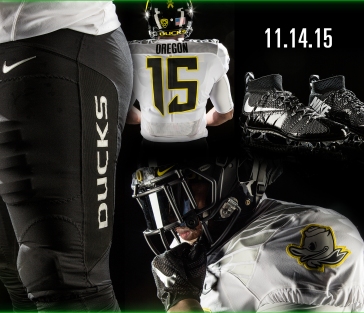