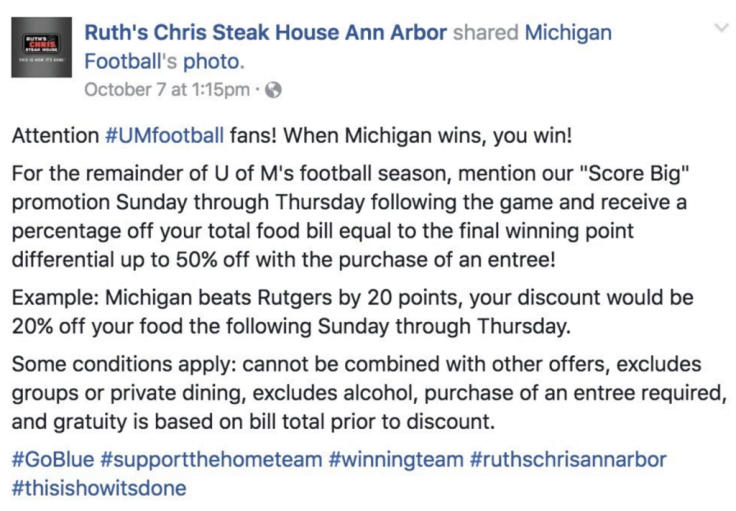 I lived in Ann Arbor for a year and loved it. The food is great but Ruth’s Chris Steak House made a major fuck up after Michigan shit on Rutgers chest with a score of 78-0.

In the end they deserve this. That whole town is thrilled with the hire of Harbaugh. I warn you though, he will destroy the entire Ann Arbor economy if you keep making poor business decisions. Don’t be shocked if he’s one of those patrons that shows up to cash in as well. I could see him backing a truck in for his order. It would be just like him.