As these losers protest throughout our country I find myself kicked back on the couch with a Christmas Ale watching the shit movie Crazy, Stupid, Love. Honestly, it’s terrible. Everything except Ryan Gosling.

I’m a straight man who’s more than comfortable admitting when another man is incredibly hot. And Gosling is incredibly hot in this flick. I’m shaking my head in disbelief… I can’t imagine how my fiancé feels on the other side of the couch. She’s been awfully quiet and the blanket keeps getting pulled tighter to her neck. Might be laundry day tomorrow because I imagine her panties are soaked at this point. I can’t blame her.

It’s obvious Gosling peaked in this movie. He was decent in Remember The Titans and one time in Cincy I pissed next to him at a urinal of a bar during the filming of Ides Of March. I tried to sneak a peek but he just looked like an average guy. His head was bigger than most (like every celebrity) but he wasn’t anything special like this movie. If I pissed next to him during this movie I would have for sure pulled off the peek…

So to the Knuckle ladies out there. If you are lonely with a glass of wine. I highly suggest Crazy, Stupid, Love. 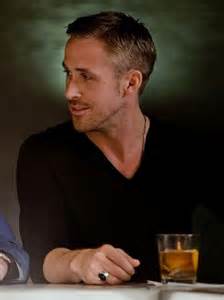 I said the same thing while smashing food….