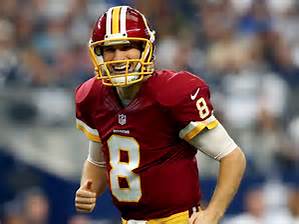 Remember when Mike Shanahan, the former Redskins coach drafted Kirk Cousins right behind RG3 in the 4th round of the 2012 NFL draft and everybody thought he was an idiot.

Well fast-forward to 2016 and it appears that Shanahan was a genius. Cousins is having a solid season with a QB rating of 93.4 and leading the Redskins to a record of 6-3-1.

Meanwhile, RG3 has a splinter in his ass, two bum knees, and lives in Cleveland where the team is chasing their first win. And so far he’s contributed a total of one half to that cause.

Shanahan was ridiculed for his decision but years later it appears that he was right all along. Hell, the Redskins should thank Shanahan for the move he made. He helped to steady a dysfunctional organization and solidified the most important position on the field. Is Cousins a world beater? NO. But he is capable of winning a Super Bowl with the right pieces around him. On the other hand RG3 will be lucky to last another year in the league. RG3 made the move from his wife to a new woman just like Shanahan made with the QB’s a few years ago. It makes total sense when you can get better than you currently have.

Oh, and he acts like a maniac when they win.

I hate this shit head, Skip. Makes me sad to even post, but this was the typical sediment after the pick.