At least 12 are dead and 70 injured after an explosion at a fireworks market outside Mexico City https://t.co/7oAEhFFPMA pic.twitter.com/29umwUUrRQ

Fireworks are nothing to fuck around with. Every year my family holds a pretty badass 4th of July party in which we obviously blow a ton of shit up. The catch, we don’t hire professionals like a bunch of pussies. Nope, about a dozen drunk guys put on a ground shaking show of a lifetime for all of NW Ohio to see. I’m not kidding, its a big time show. And shockingly in the 10+ years of doing it, no one has been hurt. Its crazy when you consider that my Dad literally lays with his face 1 foot away the entire time. The crazy son of a bitch would rather risk his life than not show out for the community. I truly mean that. We have music, a small “play” beforehand for introductions, and music throughout. It was so good that one year I was essentially blacked out screaming “Fireworks make my dick hard” (So people say)  in the middle of 200+ family and friends. It’s still something that I’m ashamed of and I’ve been trying to rebound over the last few years. I’m still embarrassed.

I was sort of chubby in the face a few years back. Damn. Just imagine that screaming about his hard dick as the sky lights up. 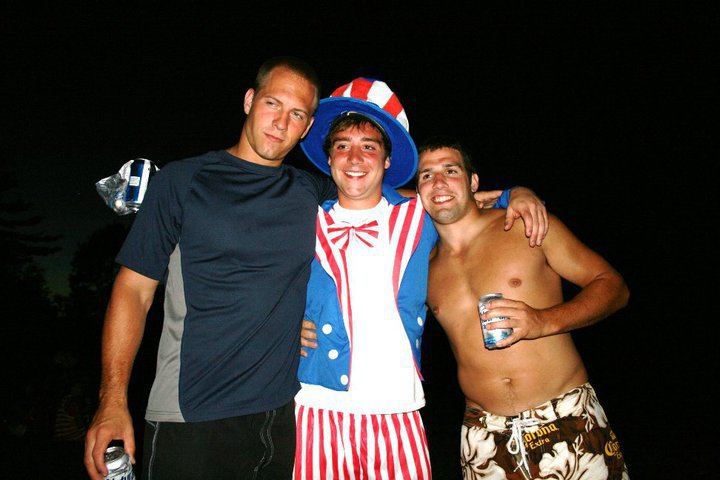