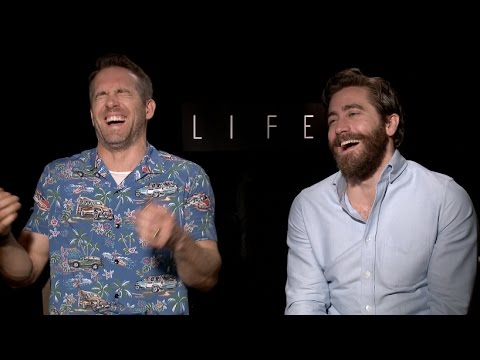 I’m a huge fan of Ryan Reynolds, Hugh Jackman, and Jake Gyllenhaal. I mean, if I had to marry one, fuck one, and kill one – I’d marry Hugh and Ryan and sleep with Jake. Killing would even be an option. And of course, today I come across two videos that prove why these guys are so likable in Hollywood. Also – A beer with the three of them would be just fine. I would rather go without the marriage and banging if we’re being honest.

Here is Hugh Jackman recognizing a former student of his while he was a PE teacher.

And here is Jake facetiming Ryan…(Yes, we are on a first name basis)

J-Hoe once said I look sort of like Jake. I was so fucking honored… Literally the nicest thing my brother has ever said to me.