So the beloved Toledo Walleye are in the conference finals and one step from competing for the Kelly Cup and bringing a championship to the city of Toledo. T-Town has some of the greatest hockey fans to go along with one of the greatest venues, which is consistently voted as such.

Now, I wont pretend to know everything about the Walleye, in truth, I have no clue what their record even is. I usually attended a handful of games a year for the cold brews, fights, and the overall atmosphere before roaming around area bars.

But what I do know is the Walleye are pushing through playoff hockey like the blue collar folks that binge drink every weekend that support them… and the excitement is growing.

So with that I’ll make a proposal. Should they win it all – Toledo should throw a big ass parade in celebration. Close off roads, take off work, and shut down schools. A giant bash in the heart of the glass city. I attended the Cavs championship parade in Cleveland and we can do better. Sure, the entire population of Northwest, Ohio is only 885,000 people but who says we can’t have 1.3 million people show out for a Walleye title parade? This is Toledo! Of course we can! We can get 1.5 million die-hard fans from across the god damn country. Below is a route that I think is acceptable.

Should they win it all – this must happen. Beers and Champaign popping in our beautiful city.

This is just a small example of what I conservatively think it would look like. “Toledo, this is for you!” 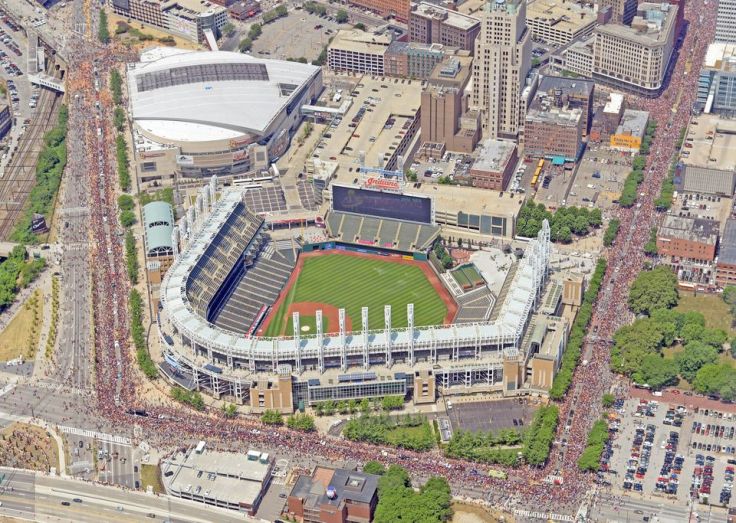